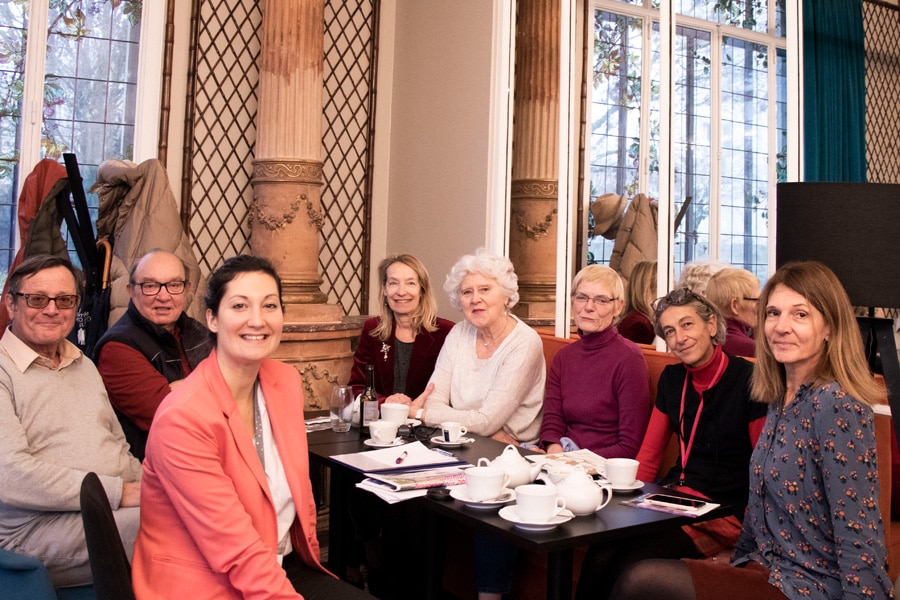 Last December, we gathered some of our greeters for a little snack before the end of the year festivities. The meeting took place at the Café des Arts, under the glass roof of the Villa Eugénie Désoyer where our Saint Germain Boucles de Seine Intercommunal Tourist Office is located.
A pleasant way to end the year and to take stock of the “Greeters” activity in Saint-Germain-en-Laye. 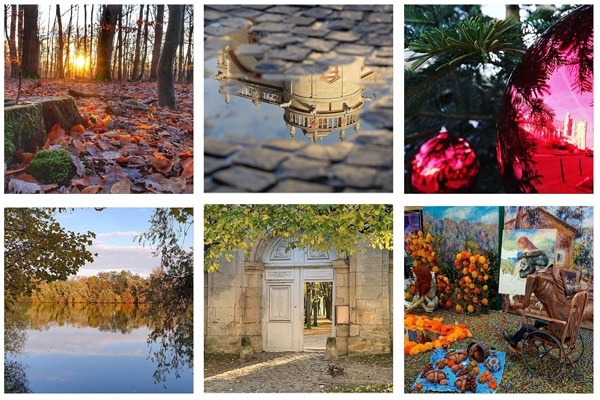 With this « Snack”, we were able to recall the communication actions carried out in 2019 with in particular the video made jointly with the Tourist Office of Versailles in which two Saint German greeters Isabelle J. and Michèle L. had participated.
The requests for walks and the origin of visitors were evoked but above all the anecdotes of our volunteers and their encounters with people from all walks of life, some of whom have become friends.

Our reunion in small committee allowed us to “brainstorm” on the actions we could take in connection with the wishes of the Federation France Greeters and the major events that will take place in 2020.

The Olympic Games in 2024, the 150th anniversary of the death of Alexandre Dumas, the new label “Ville Impériale de Saint-Germain-en-Laye”, the reopening of the Maurice Denis departmental museum at the end of the year, were all subjects that made the eyes of Alain, Isabelle, Michel and Véronique shine. Isabelle Richard, vice-president of the Saint Germain Boucles de Seine Intercommunal Tourist Office and president of the UDT78, which is currently working to prepare for the Olympics, was able to tell us more about this subject, which will mobilise the entire population of Ile-de-France.
Laurence Louyot, director of the Intercommunal Tourist Office, Catherine Rieul and Emilie Praï, were present to discuss the evolution of the Greeters from their birth to today, to listen to their remarks and ideas and to be forces of proposals regarding the communication and influence of the Greeters throughout the inter-communal area.
Projects such as the organisation of an event, a press reception or an eductour to make the concept better known with our neighbours of Rueil-Malmaison, Issy-les-Moulineaux or Boulogne-Billancourt are envisaged.
We hope to have the opportunity to go into these subjects in greater depth at the beginning of the year so that they can see the light of day quickly!
To be continued…

Meet a Greeter in Saint-Germain

“Feel like an authentic adventure that’s out of the ordinary? To travel through our territory as if it were your own? To spend some extraordinary moments with local people? Explore our destination with one of its inhabitants! Share his or her favourites for nature, history and art, the art of living, or gastronomy! ”