(TempleLaguyon card of the tourist office))

Pierre Greeters ® Temple Laguyon welcomes you to the land of Hautefort

“Discover places and their history.” I am a native of a small village in the Périgord. I want you to discover a remarkable landscape by its natural beauty still totally preserved. But also with places full of the whole history of the people who inhabited them. This not to mention their legends, traditions and mysteries.

Click here to sign up for this Greet with Pierre
In the land of the “great Milou”
I’ll show you Temple Laguyon with its 10th century church, its alleys of the ancient Templars. Its forest is home to ancient iron ore extraction wells. We will take the time to stop in front of an old farmhouse that is still authentic. We will take a valley where water is omnipresent, with 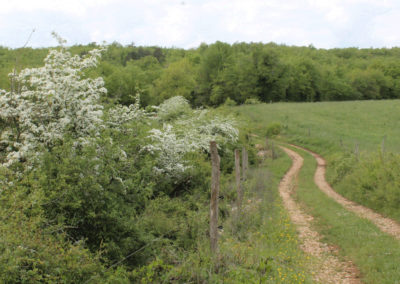 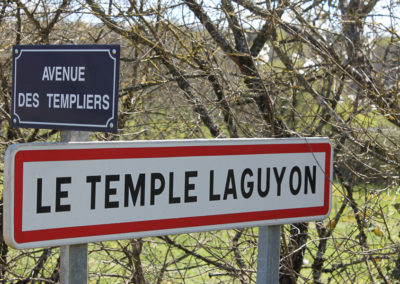 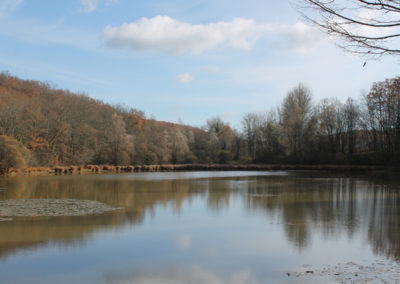 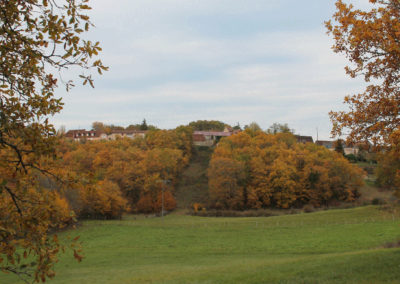 GREETERS Card Valley of the Vézère – Campaigne in Perigord

“Knowing history to better understand things,”, I am a countryman of origin, but also an engineer, a biker and a writer. I am very involved in the life of my village. I like to share the passion and history of the places around me. Walking, meeting, discovering anecdotes and the history of my village, are all subjects that animate me and excite me.

Click here to sign up for this ride with Thierry
History of the village of Countryside and its castle
Come and discover with me the village of Countryside. From his first occupation by man, to today his story is surprising and exciting! I will tell you about the occupation of the place by the Neanderthal man through the Romans, the lords of the place and the Marquis. The walk in the Park around the castle classified as “remarkable garden” will immerse you in the world of the most beautiful romantic parks of the 19th century.

“I am a pure import product in Périgord.”
100% “ch’tie.” I am passionate about history, nature and travel. Once I retired, I changed regions, life, friends. All this for the love of this wild and steep valley of history where the Vézère flows. I am now a resident of the Vézère Valley. And now, everything the Périgourdins have taught me about their beloved river, I’d like to share it with others including volunteering for the Greeters network…

Click here to sign up for this walk with Florence
The Vézère over the water and over time
“Vézère is part of our lives.” This is what the inhabitants of her valley say, whether she is laughing or angry… And this, since the dawn of time. As a volunteer, I’ll take you for a walk. Come and get to know her, whether in Montignac or Aubas. It shows many unexpected aspects!

“Returning to green became one of my obsessions.” Originally from Paris, I spent my teenage years in the provinces. With my companion, we wanted to go back to the green. Indeed, 4 years ago we settled in our little paradise. Since our installation, permaculture has inspired us. Above all we grow our vegetables, we try to eat better and respect what surrounds us. In the same spirit, we cover nature and seek to promote biodiversity… To sum up, if all this speaks to you, come and share a moment with me and my husband for a meeting!

Click here to sign up for this ride with Veronique
Let’s learn to listen, observe, feel and touch. Let’s wake up our senses!

Come meet me and I’ll show you around our vegetable garden. Indeed, I will share with you all our knowledge about edible plants, experiences and gardening tips. Thanks to my training in cooking we will also be able to talk about recipes! In addition, if you like wildlife, we can also have fun identifying the birds by their songs and if it is the period (September/October) even listen to the bream of the deer! On the other hand, you will discover the trade of leafy, an old profession in the process of disappearing that my companion practices in the winter. 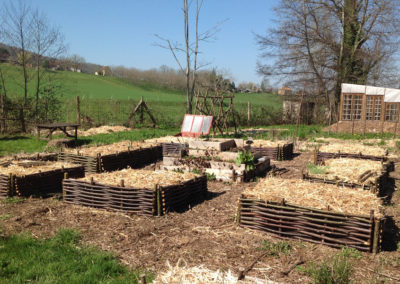 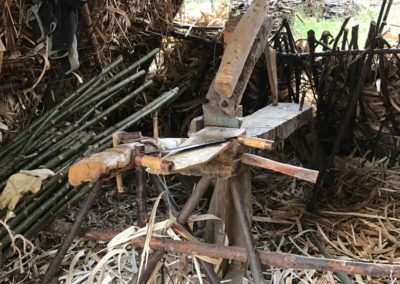 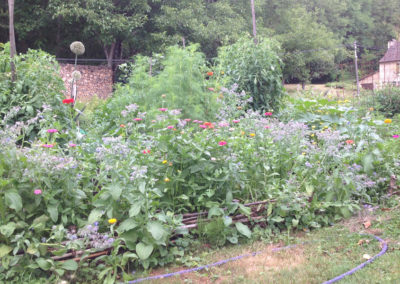 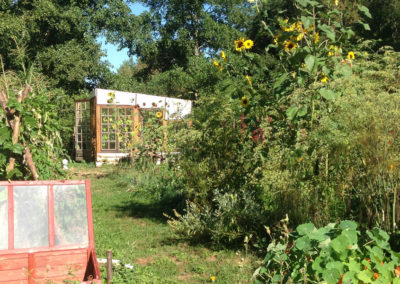 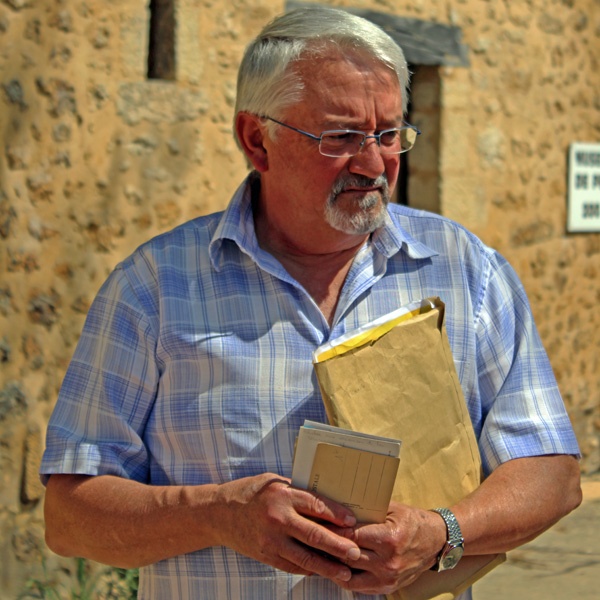 “Eyzicois of heart forever.” I was born in Bordeaux. So I studied at the agricultural high school in Blanquefort to be an agricultural technician. Finally, my greatest discovery was The Eyzies of Tayac. My great-grandmother was born there. She lived there an authentic house under the cliffs in the village. My grandmother, a native of the Eyzies, used to take me on holiday every year to see her mother. A huge playground opened up for me… Not to mention that my father was also born in the Eyzies in the family home.

Click here to sign up for this walk with Francis
The village of Les Eyzies from the time of Félicie.
As a resident, I suggest you accompany me for a walk. I had a dream: to make my village love by talking about the time spent… We will go to the historic village of Eyzies, to discover the life of yesteryear. As we walk, I will tell you about life in the heart of the village, as it was supposed to be in the 1950s and 1960s. Above all, I don’t like dates, but I like more than any people and especially what they say. I will tell you about the “Grandmas” of the middle ages street, which was the main street of the Eyzies. Then, our walk will end at Félicie, an exceptional site that has retained all its authenticity. 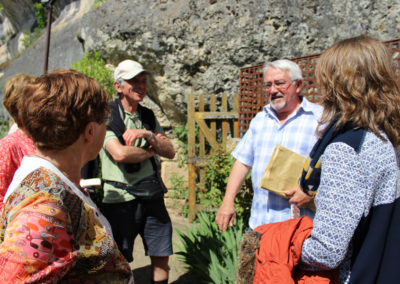 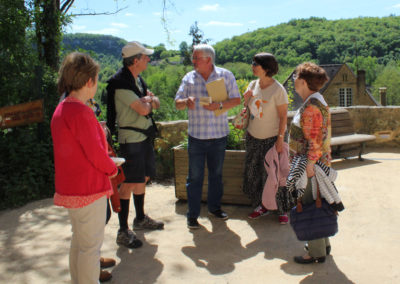 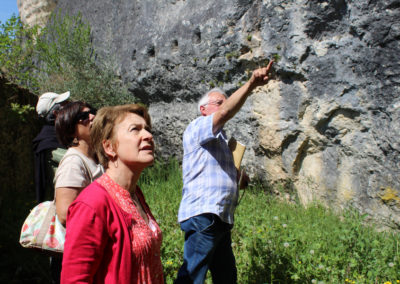 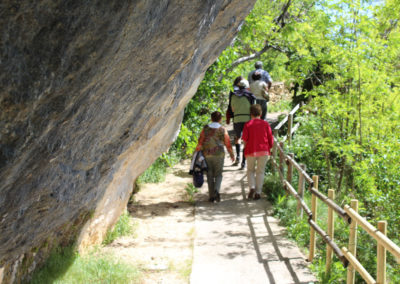 “Fauna, Flora, I’m passionate about it!”
Browsing the campaign, sharing my knowledge and exchanging ideas have always been a great pleasure for me. I am passionate about nature, flora (trees, wild orchids) but also fauna (traces of their presence), butterflies, mushrooms. Everything interests me and in all seasons! All this allows me to satisfy another of my passions, photography.

Click here to sign up for this walk with Josiane
Your choice: wild orchids or small villages?
Want to discover a small village in Dordogne? So follow me… As a volunteer resident, I will tell you the story of Ladornac or La Cassagne. You will discover them through its inhabitants, its architecture, its fauna, its flora and even its truffles! If you are lucky enough to be there from mid-April to mid-June, we can go for a walk to discover the wild orchids and their amazing way of breeding! 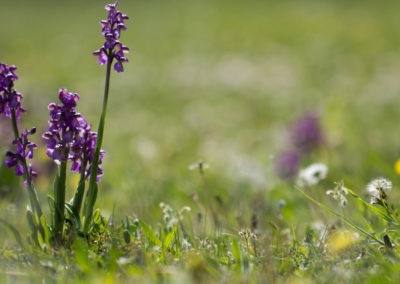 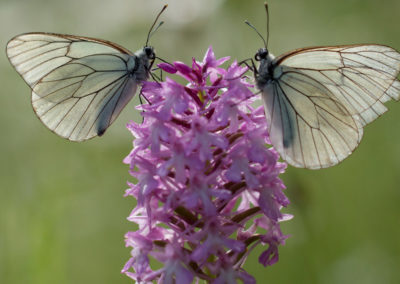 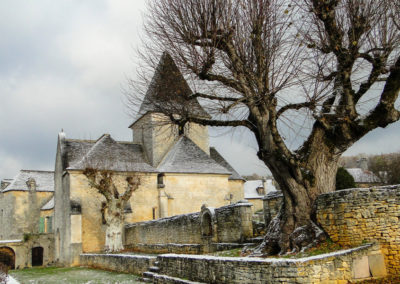 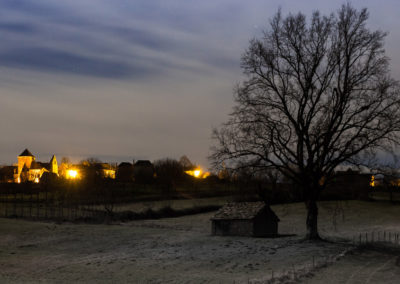 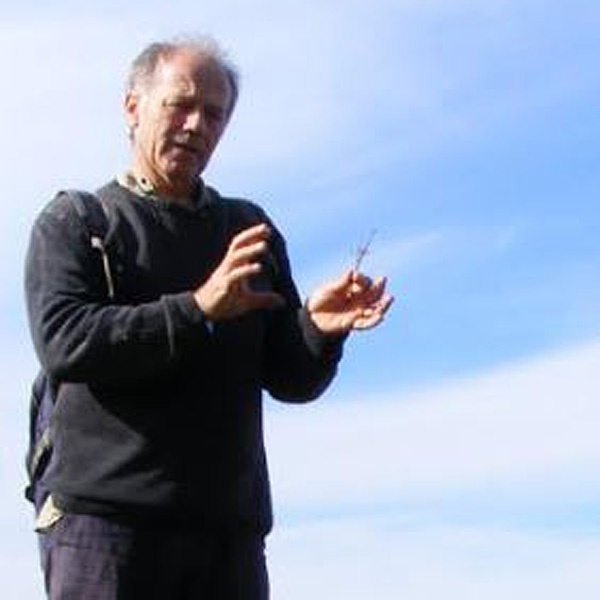 François Greeters in Bars welcomes you

“Passionate about ethnobotany” for more than thirty years on this little corner of Périgord. I started first as a market gardener, then as a surveyor. I trained in ethnobotany with François Couplan (specialist and pioneer in Europe of the traditional use of wild edible plants). I lead internships and outings where I introduce common plants from our regions. I also manage the wild herb crunch shelter in Bars.

Click here to register for this walk with François
Open a curious eye
Come and share my view of the campaign around us. I work professionally on the relationship between men and plants. This relationship has sculpted our landscapes. They are constantly evolving. The Périgord is rich in a wide variety of backgrounds. I invite you to discover those close to my home and of course some plants that make them up. 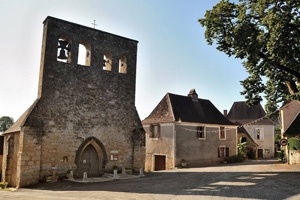 “Sporty lover of nature”, I am a true sports enthusiast since always! I spend a lot of my time walking or cycling along the roads. Before becoming a Greeter, I also organized a few hikes. You discover new landscapes and the small heritage of the surrounding area will be a real pleasure for me.

Click here to sign up for this ride with Frédéric
Open a curious eye
Come and share my view of the campaign around us. I work professionally on the relationship between men and plants. This relationship has sculpted our landscapes. They are constantly evolving. The Périgord is rich in a wide variety of backgrounds. I invite you to discover those close to my home and of course some plants that make them up. 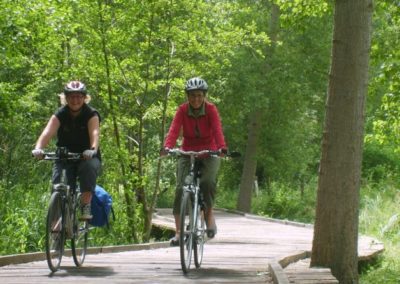 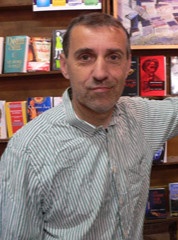 I was born in Bugue, in my home that I live in and which I have never left like my great-grandparents since the 1870s. I studied at the Lycée La Boetie de Sarlat and continued the family business (bookstore) in 1971. A little less than four years ago, on scouting for the purposes of filming a film that I am making, I made my first archaeological discovery that led to a dozen others on the same sector, which appear to me (after their updates and enhanced for four years) as an important place of occupations and artistic creations of the South of France. Several thousand artifacts, rocks and stones figures, tools, engravings, paintings in caves, on cliffs and surface deposits. In fact, discoveries and updates continue blithely today.

Click here to register for this walk with Pierre-Lucien
Prehistory, protohistory, initiation and archaeological protection

In the state of mind of preservation and awareness, I propose to show you very interesting places around the Bugue and I will share with you recent and unpublished prehistoric and protohistoric discoveries unearthed during my wanderings. 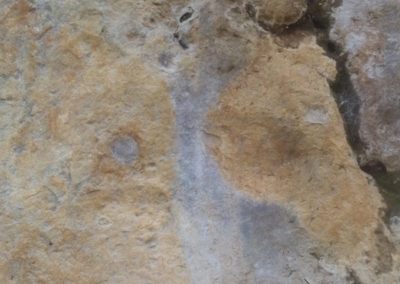 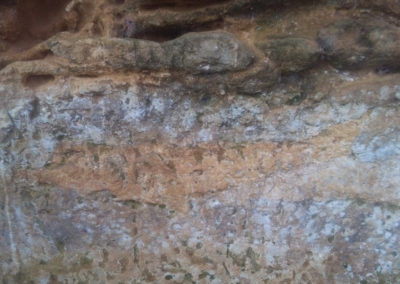 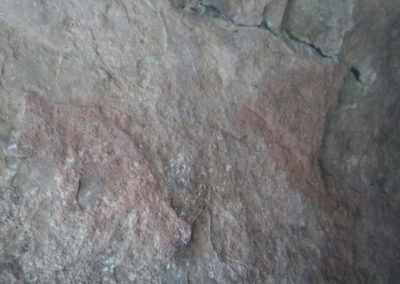 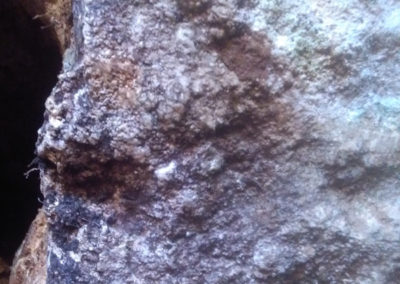 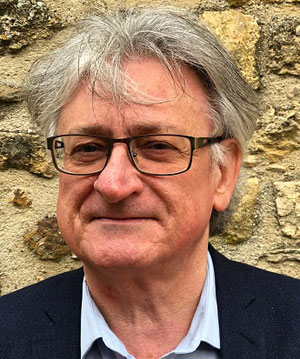 A local journalist for more than 20 years, I am passionate about my city, the living environment between old stones and lots of green, meetings with all the local actors and locals. I am also interested in the surrounding municipalities and everything related to this place.

Click here to sign up for this ride with Alain
My city, Terrasson and its surroundings
A simple and passionate visit to Terrasson based on local life today… I suggest you discover the city as I do for friends. Different facets will be discussed between the old and the new city, but I also want to share in this little tour of Terrasson, some exchanges and meetings that my profession in the local press has enriched me over the years. I do not hesitate to quote them sometimes, here and there. 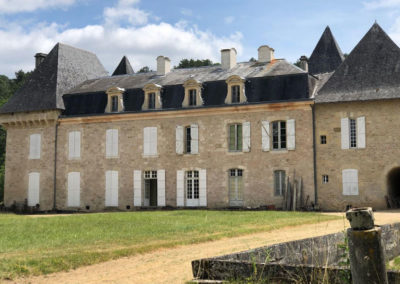 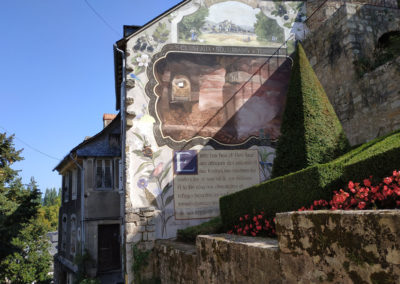 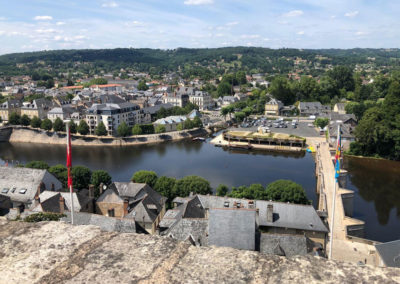